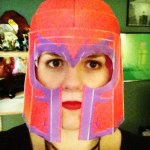 Courtney Stanton is well-known for her tireless work to increase women’s participation in the computer gaming industry and audience. She has worked in the industry for many years as a producer and project manager and currently lives in Boston.

What motivated you to start the “No Show” game conference?

I got tired of complaining about the same problems at conferences I was going to. Sometimes it’s easier for people to understand your point if you have an example of what you’re talking about, and so No Show Conference is my example of one way to have a content-rich event for game development professionals without it being a cesspool. I kept thinking, “this stuff cannot be that difficult to fix,” so I tried doing it myself to see if I could do it better.

You wrote about how you got 50% women in the speaker line-up at “No Show.” How did the conference itself go?

The conference was amazing, but of course I’m a little bit biased. I feel like the quality of the talks actually achieved a “zero-filler” event, which was one of my goals. What’s interesting is the sort of audience you get when you have an anti-harassment policy and you’re up front about trying to do something a little bit different. I saw multiple people knitting in the crowd during talks which…is not a thing you see at game dev events. Ever. The feedback was overwhelmingly positive across the board, with the one theme being that they wished more of their friends or colleagues could make it out. I’m trying to fix that for 2013 by booking a larger, cheaper event space, which should make room for more folks and bring the ticket prices down.

The JS Conf EU programming conference got 25% women speakers using your advice. What does this mean for tech conferences in general?

I think it means that if you don’t have women in your speaker lineup, it’s because you don’t want them there…but I thought we all knew that already.

What would you say to other conferences considering using your techniques but worried about how much work it takes?

If you want to put on a conference without doing a lot of work, then you’ll have a shitty conference and the lack of diversity in your speaker lineup will be just one of the ways you advertise said shittiness. Events take work, good events take more work, and really exceptional, unique events where you’re breaking the mold are a second job. (Yes, even if your job is running events in the first place.) I understand it’s possible that some conference organizers are just holding events to make money, but assuming that they’re actually doing it to add value to the industry/community/etc, then I think on some level they know it’s necessary work. Otherwise, you end up with a narrower and narrower slice on stage (and in the audience) of who your community really is, and that way is death.

The Ada Initiative works together with conference organizers to help create more women-friendly conferences and attract women speakers. If an anti-harassment policy made your life better – as someone who attended a conference, or as a conference organizer – please consider helping us support women by donating to our on-going fundraiser (ends October 31, 2012). We literally can’t do this without your support!