This year, journalling/blogging service Dreamwidth — whose co-founder Denise Paolucci is a member of the Ada Initiative’s board of directors — again donated a percentage of their December revenues to the Ada Initiative. We’re so grateful to Denise and her co-founder Mark Smith for their support of women in open technology and culture.

Mark talked with us about how Dreamwidth gives to charity and why they specifically support the Ada Initiative. 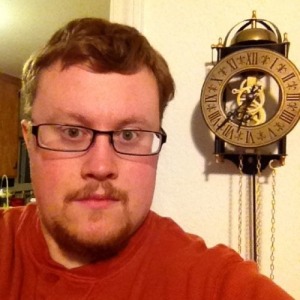 Tell us about yourself and your work at Dreamwidth.

Mark: I’m one of the two founders of Dreamwidth Studios. I generally like to paint myself as the technical half, although that’s not completely accurate as Denise helps with the coding and I lend a hand with business things sometimes. :-)

How does Dreamwidth organize its charitable giving?

Mark: December is our best month for us in terms of revenue, so a while back we decided that we would take 10% of the month’s revenue and donate it. Recently, we’ve started dividing up the 10% and giving half to a charity of our choice (the Ada Initiative this year) and half split among a few charities based on user voting.

Why at this point in your development as a small business have you decided to donate to charitable organizations?

Mark: Because the future matters, and I want Dreamwidth to be a part of supporting a better one. It’s as simple as that for me.

I also believe that the habit of giving really matters and that the aggregate effect of millions of small businesses is important. To me, small is not an excuse for not giving and I stand by that by making sure Dreamwidth gives.

Which of the Ada Initiative’s projects are the most important to you?

Mark: I think the conference harassment policy program has been fantastic and directly relevant to my day to day life. It is important to me that all people — of all identities, gender or otherwise — can attend industry conferences without harassment and that when it does happen (because it will) there is a policy and process for dealing with it.

Getting people to change and acknowledge the problem is a really hard thing to do, and I feel that the Ada Initiative has been doing very well on that. They have been working tirelessly to make the entire industry a better, stronger one — and that is a goal worth supporting.