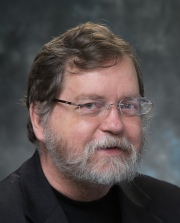 We can’t say enough about PZ Myers, a proud feminist and Ada Initiative supporter! By trade, Myers is a biologist and associate professor at the University of Minnesota, Morris. He is also founder and co-author of the popular Pharyngula science blog, and a well-known speaker and blogger in the skeptic and atheist community. Read more to find out why he raised $1878 to help us expand our work – and how you can help bring the Ada Initiative to teach an Ally Skills Workshop at Skepticon 7! 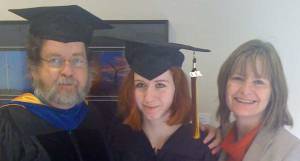 PZ Myers and the scientists in his life

“I come from a very left-wing family that was into the labor movement and the like. So I’ve always been into being egalitarian, and giving everyone a chance,” PZ Myers remarks. “My wife is a Ph.D in psychology and my daughter is off at grad school and I just hate to see them being discriminated against.” Channeling his anger into activism, Myers speaks out regularly about feminist issues on his blog, Pharyngula, with both searing honesty and an unfailing sense of humor.

“I think in some ways it’s a personality trait,” he says. “I’m somebody who tends to be outspoken and if I see an injustice I will speak out about it. Racism and sexism are the great injustices of the American system right now. And I just can’t sit back and pretend it’s not happening. I have to speak out, and I believe that is everybody’s responsibility to fight this stuff.” That’s one reason he has many times over the years used his blog and standing in the community to amplify reports of sexual harassment and publish anonymous reports from people too scared to do so themselves. 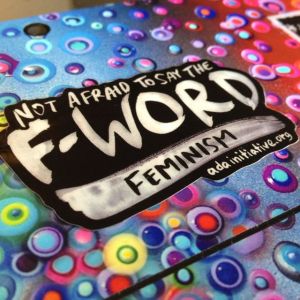 The pendants are gone but you can get a sticker instead!

Myers ran across the Ada Initiative when his daughter was in graduate school in computer science. “I remember there was a drive where you received a necklace with a little Ada Lovelace on it,” he says, “and I thought, ‘I should get that for my daughter!'”

As he discovered more about the Ada Initiative’s work his support became about his own beliefs. One of the things he appreciates most is the impact of our work in just a few years’ time: helping conference organizers adopt and enforce anti-harassment policies has a direct impact on women’s safety and attendance at skeptic conferences, as well as changed the conversation about sexual harassment throughout the entire community. “That’s why I like the Ada Initiative and your work,” he says. “You’re actually getting out there and making a tangible difference and that’s what we need more of!”

Myers notices this need daily in his own professional life. “I’m a college professor and biology is pretty good – we’ve almost got a 50/50 gender split,” he acknowledges. “But my daughter was a tiny minority in computer science. I think I can also speak for my colleagues who would also like to see more women in the field. It just strikes me as an area where we need to improve equality.”

Though Myers supports the Ada Initiative yearly, this year he has also become a successful fundraiser for our work! He has been collecting donations on his blog over the past month and as of October 1st, he and the skeptic community raised $1878 for the Ada Initiative. We are so grateful for his support and his activism! Please join him and make a donation today!

This brings skeptics more than a third of the way to their goal of $5,000 by midnight on Wednesday, October 8th. If they make it, the Ada Initiative will teach an Ally Skills Workshop at Skepticon in November! The Ally Skills Workshop teaches men simple everyday ways to respond to sexism in their daily lives, and is tailored especially for peer-to-peer communities like the skeptic and atheist movement. We’re excited too – after working with the skeptic community for so long, the Ada Initiative is excited to meet a few of you in person!