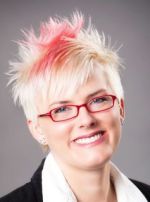 Aurora, an experienced software engineer, was a leading file systems developer, researcher, and consultant for over a decade. She invented several new file systems concepts, including a widely used power-saving feature in file systems called relative atime, and co-founded the Linux Storage and Filesystems Summit. Her contributions to the field were recognized by invitations to speak at or serve on the program committees for many top file systems and open source conferences, including USENIX File Systems and Storage Technology, OSCON, and linux.conf.au. Her contributions to open source software were recognized with the O’Reilly Open Source Award in 2013.

Aurora holds a double B.S. in computer science and mathematics. She can be found on Twitter at @vaurorapub. 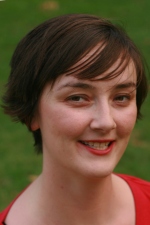 Gardiner is formerly a software developer and computational linguistics research student. Gardiner was the keynote speaker at Wikimania 2012, the world-wide conference for Wikipedia, the world’s 5th most popular web site. Her work has been discussed in Slate, the Huffington Post, and the Sydney Morning Herald. She is a major contributor to the influential Geek Feminism blog and wiki. After more than 10 years of service to the open source community in Australia and worldwide, Gardiner’s contributions were recognized with the prestigious Linux Australia Rusty Wrench award in 2012.

Gardiner holds a B.S. with honours in computer science and a major in mathematics; a B.A with majors in linguistics and philosophy; and a computer science PhD. She is based in Sydney, Australia and you can find her on Twitter at @me_gardiner.